Nvim-gdb queries breakpoints from the debugger occasionally using a side channel. For that, a unix domain socket has to be created, bound and connected to the debugger’s side channel. So Python was used to do that. But I realized recently that Neovim has a built-in interpreter of full-featured Lua. Why not to give it a try? It turned out that the effort wasn’t in vain and resulted in the complete overhaul of the plugin.

First of all, Lua happened to be very easy to start. Even though it doesn’t have too much impressive standard library, it’s easily extendible with Luarocks. Hence the project has got its own deployment script install.sh. It installs luarocks first into a local directory, then a couple of modules needed to work with regular expressions and POSIX. Finally, it prepares a compiler of Moonscript.

Second, I personally don’t like the verbosity of Lua, thus, the Moonscript. It doesn’t require you to type keywords constantly, while being concise and expressive at the same time. Moreover, it’s much more pleasant when comes to object-oriented programming.

So I started gradually substituting Vim script by script with Lua modules, written in Moonscript. The effort was successful, and now most of the code has been ported.

Moonscript is a conventional expressive programming language. Compare the same piece of code before and after the porting. It can be spotted instantly that there is no more silly let to assign variables, call to invoke a function, no more declaration junk with function! and endfunction etc. 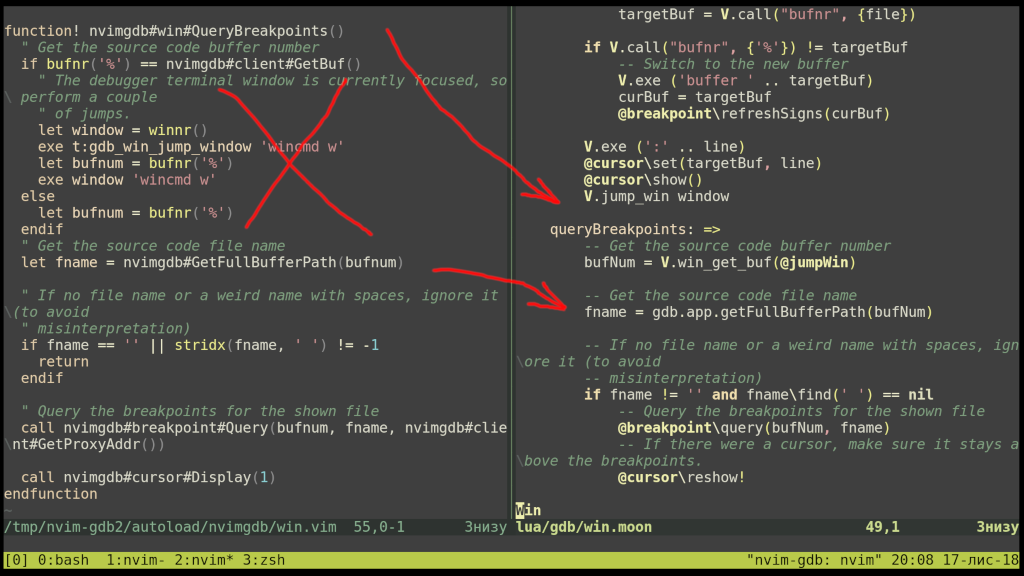 Some of Vim workarounds are now completely gone in favour of Neovim API. For instance, there is a way to uniquely identify windows, tabpages and buffers. The handlers can be stored inside the entities, and no more need to jump around just to get oriented (I refer to the deleted chunk on the above illustration).

Moonscript allows taking advantage of encapsulation, inheritance and polymorphism. For instance, debugger-specific backends are now inherited from the base one. While sharing common state handlers, they allow to change the state machine transitions.

Refactoring was a good time to reconsider object relations. To make sure that they interact with each other in a clean and straight forward fashion. As an illustration, consider how a debugging session is initialized. The standalone entities @client, @cursor are initialized first, then those who require them for functionality, like @breakpoint and @win. The dependents use their dependences only through the public interfaces in a controlled manner.

All the porting was possible thanks to the available test suite. Equally, the tests were improved too: the execution time was halved, the reliability increased by eliminating a couple of races. 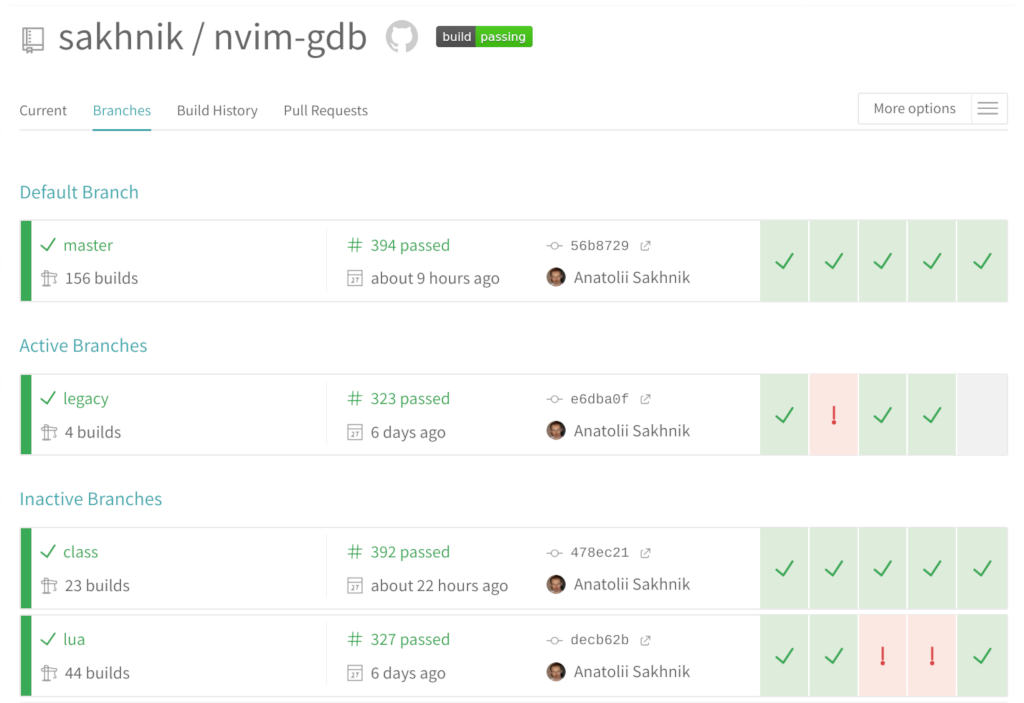